We are located in the Travelers Rest City Hall building on Trailblazer Drive beside the Travelers Fire Department .  Get Directions 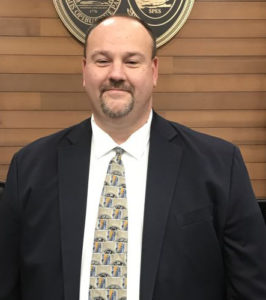 I started my career in 1999 with the South Carolina Department of Probation, Parole, and Pardon Services as a Probation and Parole Agent.  I spent 4 ½ years as a state employee and was awarded Agent of the Year award in 2000.

In 2004, I was hired by the Mauldin Police Department as a Patrol Officer at the rank of Corporal.  I worked in patrol for 1 ½ years and was transferred to the Investigations Division where I worked all types of cases until 2007.

In 2007, I was hired by the South Carolina State Law Enforcement Division (SLED) as a Special Agent working in the Alcohol, Narcotics, and Vice Division.  I was again a state employee for about a year.

In 2008, I returned to the Mauldin Police Department as a Patrol Officer at the rank of Corporal.  I worked in patrol for almost a year and was transferred back to the Investigations Division.

In 2014, I was promoted to the rank of Sergeant to supervise 4 Investigators, 4 School Resource Officers, and a Property and Evidence Clerk.

In 2018, I was transferred to the Training Division as the Sergeant and I supervised the Property and Evidence Clerk, Animal Control Officer, Business Liaison Officer, and the Codes Enforcement Officer.

I am extremely excited to be the Chief of Police in Travelers Rest where I have lived for many years and is my home town. I received a Bachelor of Science Degree in Criminal Justice from Charleston Southern University in 1997 and I have received over 1500 hours of specialized training related to the Law Enforcement profession. I look forward to serving the Travelers Rest Community for many years to come! 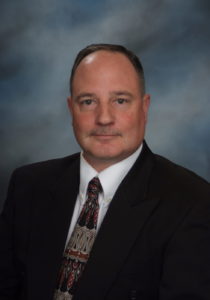 I started my career in law enforcement in 1991 at the Greenville County Detention Center. I quickly moved to a transport officer in 1992. I received several accommodations for assisting in saving the lives of several inmates.

In 1993 I was hired by Greer Police Department under Chief Dean Crisp. I graduated from the SC Criminal Justice Academy in October of 1993. From 1993 to 1997 I worked as a field training officer, shift supervisor, and was officer of the month in 1995.

In 1997 I left law enforcement to go into business with my father-in-law. Though I was content with a normal job, I still had a desire to be in law enforcement. After almost six years of debating, I decided to get back into law enforcement as a police officer.

In 2002 I applied with Travelers Rest Police Department and was hired by Chief Tim Christy. My certification had expired, so I went back through the SCCJA for a second time and I graduated in October of 2002.

In June of 2005 I was hired by Travelers Rest Police Department under Chief Tim Christy for a second time. I was promoted to Sergeant over patrol in August of 2005. I received officer of the year in 2009. I served as patrol Sergeant for seven years, until 2012 when I accepted the position of Detective. I worked as Detective for five years from 2012 to 2017. In 2017 I was made officer of the year for the third time in my career and was promoted to Captain.